Barstow...The Most Romantic Place on Earth (Who Knew?)

Let me preface this blog post by saying that I had hoped to get it up days ago but as so often happens in life...life happens.  So please excuse me for not getting this up on Valentine's Day...and try to enjoy it anyway.

On this Valentine's day I ask you to think of the most romantic places in the world...no doubt many of you at this moment are imagining visions of street scenes in Paris, canal rides in Venice, strangers meeting in a cafe in Barcelona and of course pretty much anything and everything having to do with Barstow, California. (Okay, Insert scratchy record sound HERE).  But keep reading because I promise I am going somewhere coherent with this...

Yes, as far as I am concerned Barstow, California is the romantic place on earth.  Relax people...I am not that far out of touch with reality.  I am totally aware that to most people Barstow is that godforsaken spit of civilization off the 15 freeway that is only worth stopping at if you need to urinate, fill up for gas or maybe buy some beef jerky on your way to and from Las Vegas.  But there was a time when Barstow was not just a high desert hell hole but a warm and welcoming stop along the railroad for weary travelers journeying to the promised land of California.

So now I am going to make the compelling case for Barstow's romantic street cred and in order to do this properly I need to go back in time and start at the beginning with the stories of a couple of kids from Chicago and Colorado...Anna and Ed.

These two adorable little kids are my great-grandparents, both born into a world as foreign to me and my modern sensibilities as the surface of the moon.  Ed was born in a tent outside of a frontier town in Colorado to a photographer and his Prussian immigrant wife and Anna was born in the slums of Chicago to Czech immigrants who worked the stock yards.  Pretty romantic huh?

Edmond Theodore Braun was born September 6, 1889 in Walsonberg, Colorado to Ory T. Davis and Rosamond Goerke.  Ory T. Davis was a pioneering photographer of the Colorado territory and nephew of Jefferson Davis, president of the Confederacy.  Ory married Rosa, who was a gorgeous and wealthy young widow with three small children.  She became pregnant and within nine ten months of their wedding day my great-grandfather Ed Braun was born.

A few years later and a few thousand miles away on the south side of Chicago Anna Maria Pavlik was born on June 11, 1893 to Vaclav "James" Pavlik and Katarina Zahradnik, a couple of Bohemians (I mean real Bohemians from Bohemia...not romantic artsy types).  At some point after Anna's youngest sibling was born Vaclav skipped out on the family and in order to support her three children Katarina went to work gutting pigs on the line at the Armour Pork Trimming Plant in Chicago's famed stock yards (if you ever get a chance, check out Upton Sinclair's book The Jungle...it will pretty much tell Katarina's story).  Anna, as the eldest had to drop out of school as a young teenager and go to work in Rucheim's chocolate factory to help support the family but she dreamed of being a nun and began studying at St. Cyril and Methodius to take her vows.  When she was 18 she had reached the end of her preliminary training to enter the convent but she and a friend decided to sign up to be "Harvey Girls" and take a year off to have an adventure and really think over her decision.


For those who are not familiar with what a "Harvey Girl" is let's take a little history lesson detour.  The Fred Harvey Company was the first chain restaurant in America.  Fred Harvey built a series of restaurants/hotels along the railroad so that passengers could hop off the train, eat an awesome meal, get a good night's sleep and be served and cared for by attractive and classy young single women.  Anna put  in her application and was assigned to what in 1914 was considered to be the nation's premiere Harvey House, the Casa del Desierto in Barstow, California.


I am so glad that they took a picture of the lunch room, so that you can see it and know that I am working as a lead waitress.  My dear Mama, if only all of you could be here, I would be so happy.  As you can see, I have everything that I need.  We are preparing the lunch counter for the arrival of a train, and it is not quite ready.


You can see me in my uniform and though someone moved, I think you will be able to recognize me.  Please save this picture, I would like to keep it for a souvenir.  I don't mind the work here.  I work about seven hours and go to my room and change.  There are frequent shows here and I could have a date every night if I wanted to.  Believe it or not, there is more to do here in Barstow than at home in Chicago.


Be with God,
Your daughter, Anna

Ed Braun had come to Barstow by way of a hard rock mining camp in Oatman, Arizona and had been in Barstow since 1911 working as a brakeman on the Santa Fe Railway (that's him on the right sitting on the engine) and he literally had been living with nothing but a sleeping roll and a kerosene lantern in a cave outside of town, saving up all of the money that he could to send back home to his mother and two younger siblings in Colorado.  And then one day he saw Anna in her uniform and everything changed...a love affair began that would last the next 65 years.
Who knows what it was...maybe it was her little waist, or the way she laughed or her crooked smile, or maybe it was none of those things...but whatever it was Ed fell hard and fell fast.  He spent the next three years doing everything in his power to win her over. He sent her letters and trinkets and postcards and proclamations of love and adoration and luckily for me I know all of this because almost a century later I have their photo albums and their love letters to one another to tell their story.

Like I said earlier, Ed fell and fell hard for Anna. He wasn't just smitten.  He didn't just lust after her.  He absolutely and unapologetically ADORED her.  How do I know this?  I know this because never have I seen such beautiful, sweet, kind words of love and (here's that word again) ADORATION written down on paper.  I don't have the time to copy and post all of their letters and photos but on this Valentine's Day I have to share at least a small part of their story with you and I believe it will in turn cause you to become a believer in the magic and romance of Barstow, California.
First, let's look at some photos of the two and their time together in Barstow.  So be prepared to be transported back to the high desert of California in 1914... 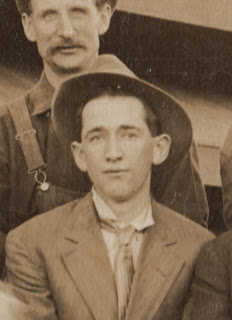 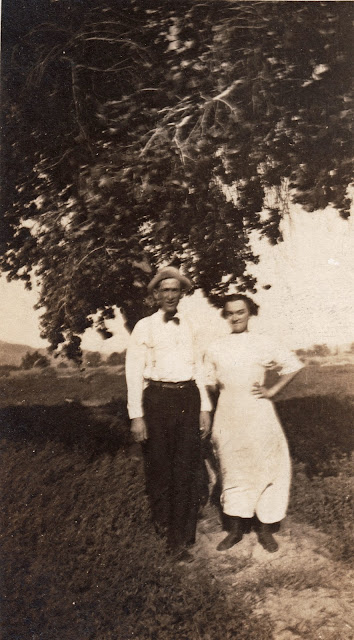 
How delighted I was to receive your last letter.  It has only been one month since you left but it feels as though a lifetime has passed.  It makes my heart sing to know that you are well and safe and I hope you are enjoying your silk pillow top.  I will send you more coupons as I can find them so that you can sleep like a queen.  I want you to want for nothing and how I long to hold you and kiss you and say you are mine.  Oh my darling little girl if I were only a rich man already and could give you everything...

The letter went on for several more pages and the coupons to which he refers to are shown in the picture below.  Apparently Fatima brand cigarettes had a promotional offer where if you collected enough of the little coupons they inserted in their packs you could redeem them for household items...the most luxurious of them all being the silk pillow case.  Ed never smoked a day in his life but on his way home from work back to his cave outside of town he would collect the coupons from the discarded packs on the sides of the road and in the trash heaps around Barstow and then send them to Anna with every letter.  A few of these coupons survived and I found them in one of his letters to Anna.


Of course what do you get for the man who has everything...or at least everything he needs to furnish his cave?  Well I guess you send him little sweet nothings that you cut out of magazines and newspapers and  hope it cheers up his day...please examine the evidence of this below...


Eventually, Anna's contract with the Fred Harvey Corporation was up and she returned to Chicago to care for her elderly grandparents and work in the chocolate factory once more.  By this time Anna had given up the idea of becoming a nun and she and Ed continued to write for two more years until he saved up enough money to come to Chicago to marry her. 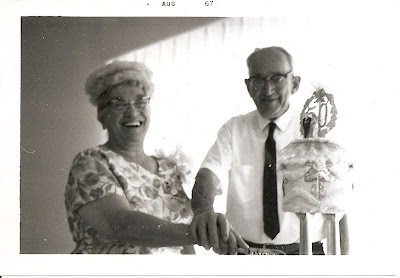 In my pathetically short and pathetically late blog post I have in no way done justice to Ed and Anna's 65 year love story.  Tomorrow I will add more to their tale but for tonight I hope you understand why I truly believe that Barstow...at least for a little while...was the most romantic place on earth.
Posted by Whitny at 12:01 AM

Email ThisBlogThis!Share to TwitterShare to FacebookShare to Pinterest
Labels: Interesting Stuff, Stuff I Found In My House

Thanks for this story. You are celebrating a family I respect and appreciate. Helping family history escape the scrapbooks and cedar chests and enrich lives is a wonderful thing.

You have an amazing blog! You should write a book!

Thank you so much for sharing this! I hope you will join the Facebook group Harvey Girl Descendants. (It's open to everyone who is interested in Fred Harvey.) https://www.facebook.com/groups/490746211068089/

What a delightful tale of the magic of true love, that has most certainly captured the hearts of all who read this. As Chris Travis has said, you should indeed write a book! I was captured instantly from the begining, and saddened it ended so quickly. I am so excited, and can hardly wait to hear more of this wonderful story.

Loved it. May parents fell in love in the late 50's and lived in Barstow until they passed on to heaven. Romance of Barstow.

Thank you for sharing this story. I grew up in Barstow. My parents live a life of 40 years there. I never would have thought of Barstow being romantic. But reading the history in this light, and also finding my life long love there kinda dose make it a romantic place.

what a beautiful story. I an understand why u think Barstow is such a romantic town. I myself, think the desert (summertime) as a romantic place. With the gorgeous sunset we have to the full moon rising over the desert mountains, big and bright, then the stars so plentiful. The scent of the tamarisk trees wafting in the air. I've lived in the desert since 1973,(Newberry Springs) and the desert will always be my first 'love'.

Barstow offered me and my family a wonderfull 7-year experience while assigned at Ft Irwin. Some of the finest people I ever met live in Barstow. A terrific community that offers the opportunity to get involved. Many awesome sites to visit, hills to climb, trails to ride, history to enjoy and sun rises to experience.Thank you for sharing this story. 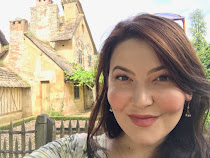 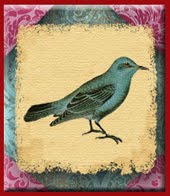